Home > News > Business > The Chances of US economy recession are fading

The Chances of US economy recession are fading 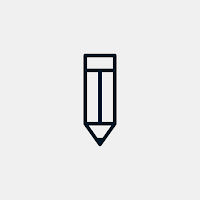 The yield curve is no longer inverted. Why are bond markets still pricing in a recession? @PStreible @CMEActiveTrader discuss.

The on going ease on trade talks with china ,So the the looks of the next 12 months according to CME GDP saw a positive tilt in November Housing stats ,continuously improving further .and the progressive brexit . though not yet completed or concluded.

The factors as such showing the the advantage may go for the USD .

Further,US defense budget for 2019,The approved 2019 Department of Defense discretionary budget is $686.1 billion.

After recent Monetary policy the nifty broke high and trading just above it You may read the Few highlights comments by RBI governor shaktikanta das [...]
Dipak Singh August 6, 2020
News

Swap evident across all subgroups households 1 year ahead inflation Expectations were lower than their three months ahead Expectations in July 2020 r [...]
Dipak Singh August 6, 2020
News

Due to the impact of the international market, the price of gold is touching new heights. The domestic futures market has seen a huge rise in the Gol [...]
Dipak Singh August 6, 2020
News

RBI Governor Shaktikanta Das can announce the policy rate at 12 o'clock today. RBI gave this information in a tweet. According to a Reuters poll, two [...]
Dipak Singh August 6, 2020

Sushant Singh Rajput Updates Ishakaran B. Being asked by media 0

Industrial producer prices up by 0.1% in both euro area and EU28 0