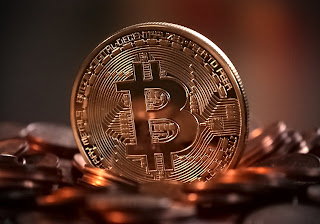 Bitcoin was created by Satoshi Nakamoto in 2009. It took nearly two weeks after its initial release until the first official transaction on the network occurred between Satoshi and Hal Finney. Moreover, it took some time until the first financial transaction denominated in bitcoin took place. This day is known as Bitcoin Pizza Day, an event that is celebrated around the world every single year

Despite its potential, bitcoin hasn’t been without flaws. A major flaw was discovered in August of 2010 which effectively allowed users to create an infinite amount of bitcoins. Thankfully, any wrongdoings were erased from the blockchain and a software update was released. So far, it is the only major bug to be found – and exploited – in the bitcoin protocol code to date.It took until 2011 until bitcoin got taken more seriously. WikiLeaks embraced bitcoin as  a donation method after being cut off by credit card issuers and PayPal. One year later, Bitcoin made its first TV appearance in an episode of The Good Wife. Quite a few shows have featured bitcoin ever since, albeit nearly always in a criminal setting. Considering the popular darknet marketplace Silk Road was created in 2011 and gained significant popularity throughout 2012, it is not hard to see where this criminal angle comes from. The platform was eventually taken offline by the FBI in 2014.

Things started to unravel a bit in 2013, as the Mt. Gox exchange had bank accounts seized by the US authorities. Operating an unlicensed bitcoin exchange while serving US customers was one of the final nails in the coffin for Mt. Gox before declaring bankruptcy in 2014. Several hacks affected the bitcoin ecosystem in 2013 as well, albeit the payment technology itself was never breached. On the upside, M-Pesa and Bitcoin came together in Kenya under the Bitpesa banner and turned into a very successful company.
Bitcoin was ruled a form of money in August of 2013. Ever since that time, various countries have started debating how they want to label bitcoin moving forward. Japan will legalize cryptocurrency later this year. During 2014 and 2015, merchants started accepting bitcoin payments, bringing their total to 160,000 in August of 2015. That number has continued to grow and includes some of the world’s largest platforms, including Microsoft and Overstock.com.
2016 Has been the year during which the bitcoin price exploded in the final 6 months. Bitcoin was deemed one of the world’s best performing assets for the calendar year, and that bullish trend is still visible today. With the number of bitcoin ATMs around the world reaching the 1,000 mark soon, the future looks very bright for cryptocurrency. There are exciting times to live in, that much is certain.

GBP/USD howering around weekly support
GBPUSD-Daily Forex View after Polls of Election in Britain
Eur/Usd and Gold -Technical overview
Daily Forex Outlook for the Intraday
What kind of news we should watch during trading | BizAsis
Forex top most pairs traders keep an eye on | BizAsis
Top Three Cryptocurrency you should know right now
Three Rules for successful Trades to Win
outlook for Forex headlines today
UK CPI rises 1.3% YoY in December vs. +1.5% expected.

After recent Monetary policy the nifty broke high and trading just above it You may read the Few highlights comments by RBI governor shaktikanta das [...]
Dipak Singh August 6, 2020
News

Swap evident across all subgroups households 1 year ahead inflation Expectations were lower than their three months ahead Expectations in July 2020 r [...]
Dipak Singh August 6, 2020
News

Due to the impact of the international market, the price of gold is touching new heights. The domestic futures market has seen a huge rise in the Gol [...]
Dipak Singh August 6, 2020
News

RBI Governor Shaktikanta Das can announce the policy rate at 12 o'clock today. RBI gave this information in a tweet. According to a Reuters poll, two [...]
Dipak Singh August 6, 2020

Sushant Singh Rajput Updates Ishakaran B. Being asked by media 0

Whats in the schedule of economic calender today 0